Welcome to the  Sugar FreeTribe with a course and a community that will help you remove sugar from your life once and for all.

Break free from your sugar addiction, stop the cravings and lose weight. 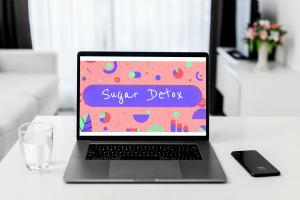 Hi, I'm Brenda, I hope you'll join me on this journey if you're ready to break free of the hold sugar has in your life. 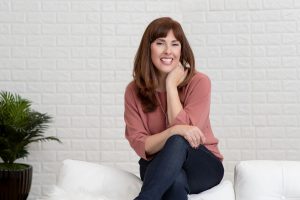 You can successfully become sugar free: You just need the tools, the support and a step by step guide to tackle this one day at a time. Living sugar free can be done I've done it and I'll show you how .

I tried at least a dozen different diet plans  from the age of 12 until I was 32. I'd lose some weight and do pretty well for a time only to think I could handle a few treats here and there at birthday parties and holidays, you know.... only special occasions.

Then it became more consistent to have a nice special sweet treat just on Sundays to reward myself for a good week of healthy eating. Then Monday rolled around and I was determined to get back on track because of course I knew how to eat healthy and lose weight since I had done it many times before and succeeded.

What happened on Monday was the scenario I just shared with you above. I could eat well until about 3 pm and then the treats from Sunday were calling my name that I could not resist.

Many times, I could make it through the rest of the week until the weekend and then the battle would begin again. Because there was always another party or get together and saying no to the snacks that everyone else was having was just not fair in my opinion.

But I do have a problem and its name is sugar.

When did I finally realize and come to the acceptance of this problem? After many failed attempts to limit the consumption like "normal" people could. I failed miserably because no matter what I did to try to limit eating sweets, sugars hold on me was too strong.

But there is HOPE

When you detox from sugar, you will see amazing benefits:

By the end of 6 weeks your cravings will disappear. You'll no longer be controlled by sugar and carb cravings.

You'll have everything spelled out for you in my step by step guidelines to know exactly what you can enjoy and what you need to avoid.

You'll find an accountability partner within our private Facebook group.

Downloads to keep even when you've finished.

I'll be with you every step of the way, to guide, support and answer  your questions.

Living sugar free can be done and you won't feel deprived.

“I am over the moon excited today..."

“I have been doing all the rules , though not posting much. I have to preface this with I am a Type 2 diabetic and have been for 13 years...The excitement is that my fasting blood sugar this morning was 117!!!!! Yahoo! It has not been that low on 13 years! It has been hovering around 140 most days, but today was such a surprise! I am excited!

Whether you're struggling to lose weight or you are in maintenance, you are encouraged to reap the benefits of the support of others who are doing the same thing.

I'll  teach you  the steps to tackle cravings on a daily basis, one day at a time.

Become a part of the fully supported  Sugar FreeTribe that will help you remove sugar from your life once and for all.

Step by step guidelines: You'll know what you can eat and what you should be avoiding

Weekly LIVE support: Every week there are three live group meetings and the option to have a private one-to-one meeting. So you can ask as many questions as you need.

Access into our Private Facebook Group: Where you'll get all the support you need and find an accountability buddy to keep you on track

Accountability: The Tribe will keep you accountable and help you understand what you really need to do. 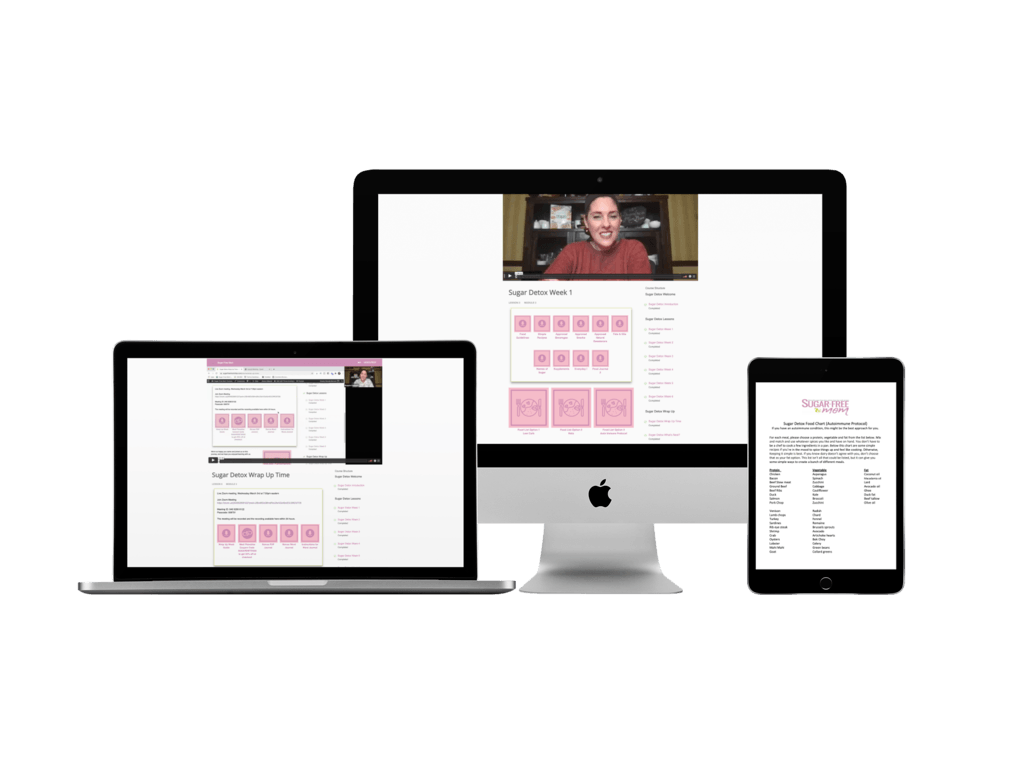 Week by week you'll learn to overcome your sugar addiction

As a part of the Sugar Free Tribe You'll learn:

What do you get? 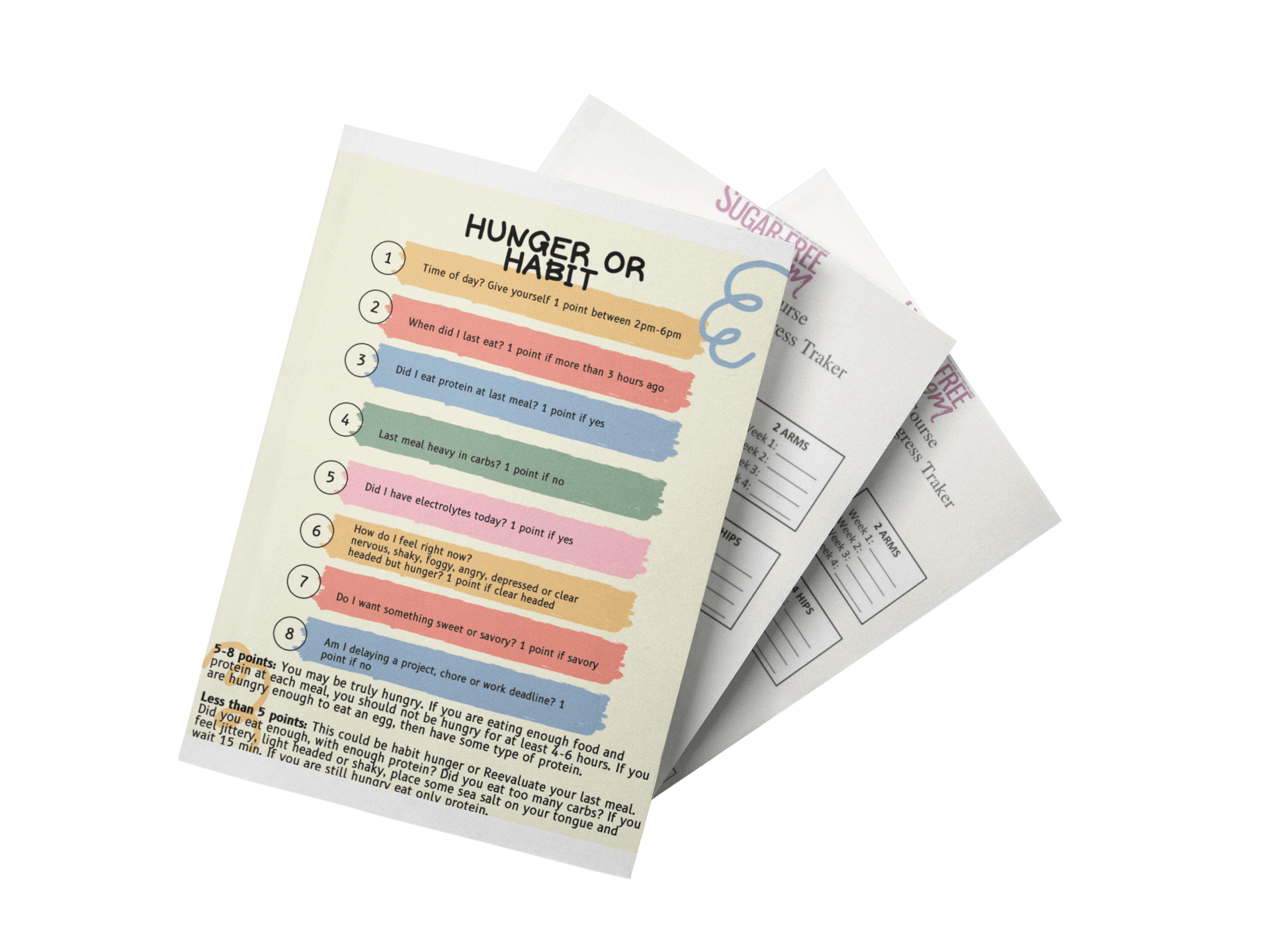 Tools and PDF's for Low Carb and Keto support

Know what you can and can't eat 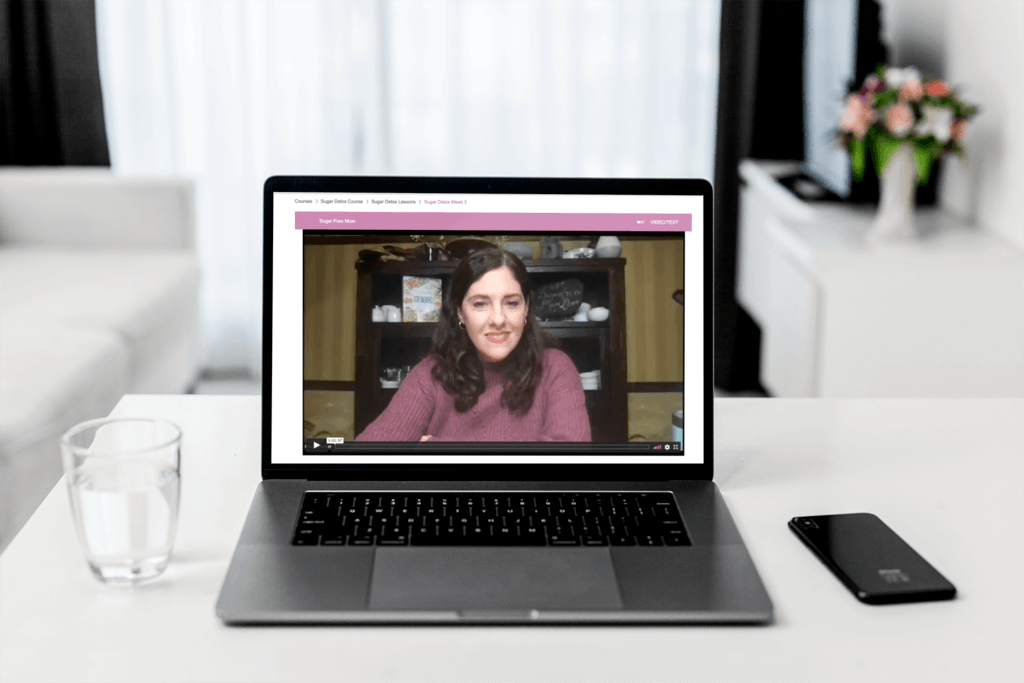 Stacked with information you can watch them again and again 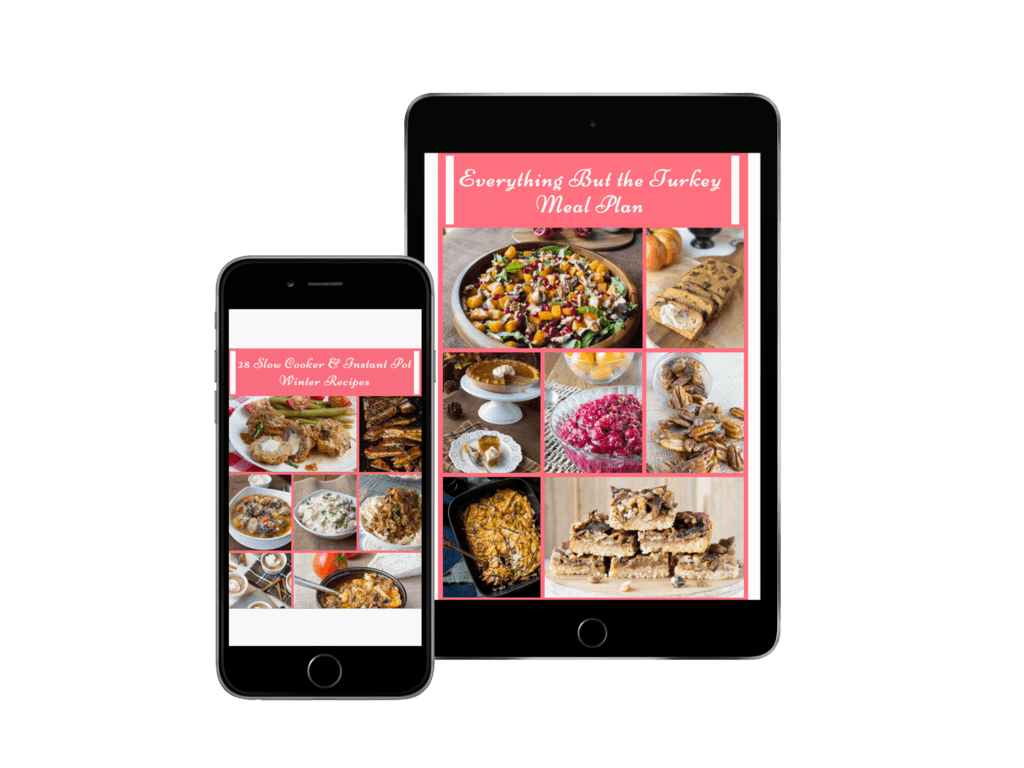 That you can learn from and use to help keep you on the right track. 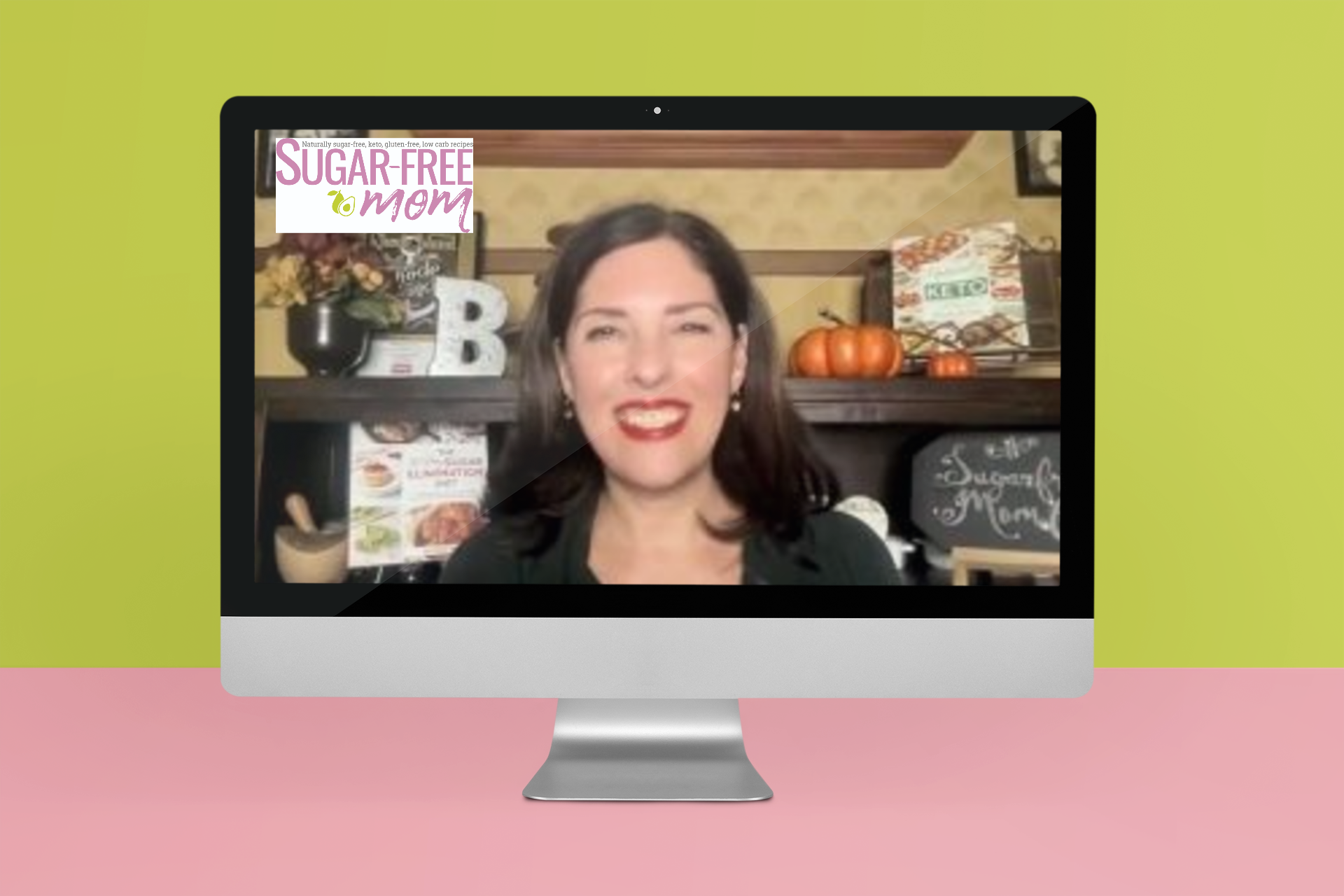 Links and special discounts to help you

You'll have support and information to help you stay on track for a lifetime.

What People Are Saying About Brenda's Sugar Detox plan

“I love that you actually teach and explain the "how to's' and "why's' to educate and help others instead of "do this'. thank you Brenda for helping me understand more and how to make this a lifestyle."

“Just two weeks into the course...Oh yeah I've been wearing my size 16 jeans for work but as it normally happens the inner thigh hole made its presence known. So instead of worrying about a replacement I just tried on the 14s. BOOM!"

How much does this cost?

Self paced work 6 week course work on your own in your own time.

to start the course

Save over $200.00 a year compared to monthly option

What you get in the 6 Week Sugar Detox Course & 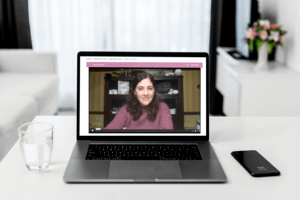 You can achieve your weight loss goals

You don't have to suffer with cravings for sugar and carbs

You don't have to struggle alone

Whether you're struggling to lose weight or are in maintenance, you are encouraged to reap the benefits of the support of others who are doing the same thing.

I'll teach you the steps to tackle cravings on a daily basis, one day at a time in my live weekly coaching classes

“I am truly loving the program and this new lifestyle..."

“ ...I've been on many programs to battle weight and this is the first one that I have never felt deprived. It is truly life changing. Thank You."

“ since joining this program. Blood sugar is dropping each day. the best news of all, my husband said he wanted to give it a try. I selected Brenda's program because he has celiac and her recipes are all gluten free... So this gave me the best of both. Still learning to cook, measure and plan, but thankful and blessed for Brenda's coaching and program. Thank you!" 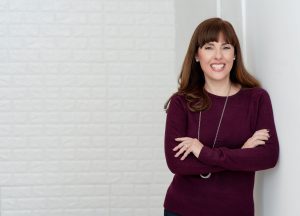 She’s found freedom in the keto lifestyle and the ability to make recipes the whole family will eat. No need to cook differently for your kids and make separate meals for yourself.

Since 2011, her blog has become the most popular sugar-free source on the web today. She has a devoted following of those looking to simply reduce sugar consumption, many who follow a low carb diet and many who have multiple allergies.

Her readers can identify with her as her own children have tree nut, peanut, and soy allergies and she herself has a gluten and dairy intolerance.

Don't accept cravings as a way of life. You can stop them and reach your goals.

Who is this Membership for?

This Membership is For You

This Membership is Not For You There is absolutely no risk for you. If you don't love everything, all you do is let us know within 7 days of your purchase, just email me, and I'll personally send you a prompt refund. No questions asked. We are real people just like you, and it makes a difference to us that you're satisfied!

Do you need to follow a menu plan during this course?

No, there is no menu plan. there will be guidelines each week of foods to enjoy and foods to avoid.

Do I have to be on Facebook to join the course?

No Facebook is optional. Weekly Zoom meetings will be enough to participate. If you have Facebook though joining the private group will be helpful, especially to find an accountability partner and ask questions during the week.

What if I can't make the live Zoom meetings?

You will have access to the website where each Zoom meetings recording will be available to view at your convenience.

How much time is actually involved in the course?

We suggest you allow 1-2 hours each week for the 6 weeks of the course, to watch the video and study the materials.

P.S.: I was once like you, and have spent my whole life learning about how to make my body healthy. I know you can do it if you can commit to work with me for just 6 weeks. What have you got to lose? Join Now